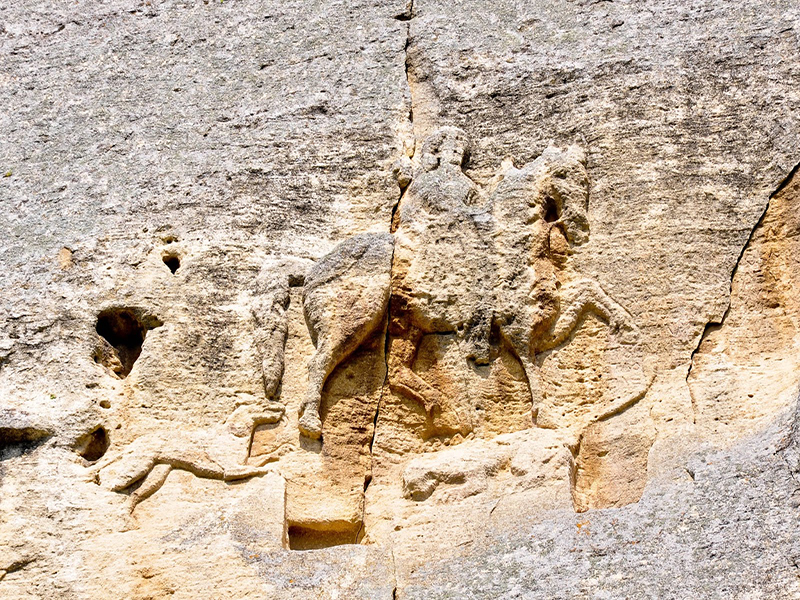 Bulgaria has by now seven cultural and two natural sites included in the UNESCO List of the World Natural and Cultural Heritage: The Madara Horseman (the only rock relief from the medieval times in Europe); the Kazanlak and Sveshtari Thracian Tombs (4th and 3rd century BC); the Rila Monastery; the Boyana Church near Sofia; the Rock-hewn churches of Ivanovo (dug out of the limestone cliffs and inhabited until the 17th century); and the ancient city of Nessebar on the Black Sea coast. UNESCO recognizes also Pirin National Park and Srebarna biosphere reserve for their incredible biodiversity.

Our luxury tours ‘UNESCO Sites’ represent a perfect mix for a cultural holiday for small groups or individual tourists. 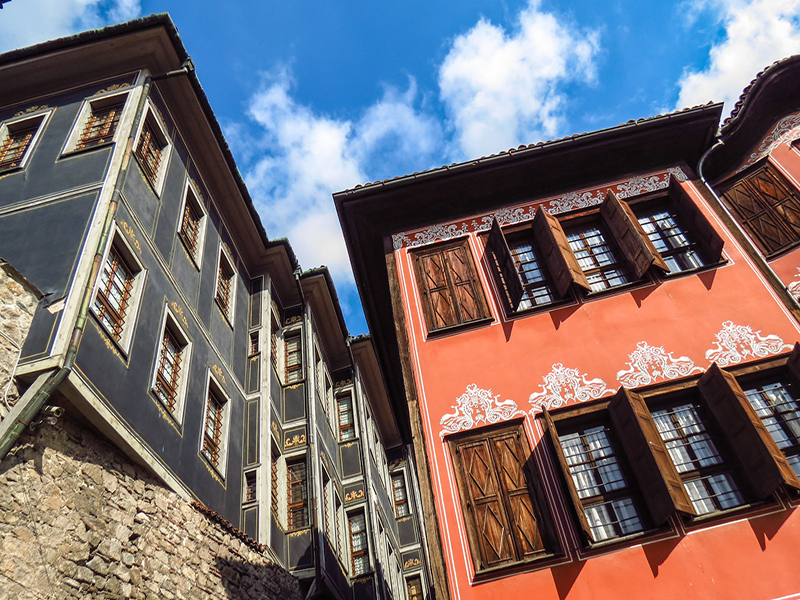 Spirit & style of the past

The romantic atmosphere and tranquility, and cobbled streets can be found in the towns of Plovdiv and Veliko Turnovo. Numerous wonderfully preserved and restored amazing wooden and stone houses from the Bulgarian National Revival period can be visited in Koprivshtitsa, Bansko, Arbanassi, Tryavna, Melnik, Bozhensi, Nessebur, Shiroka Laka and many others. Watch our Museum Towns Impressions virtual sightseeing tour (video clip, 02:45).

Influenced by a variety of ancient styles with abundance of architectural decorations and paintings, they feature graceful curved bay-windows and ornate wooden ceilings along with hand-painted murals. They are symbols of the traditional Bulgarian hospitality and the aesthetic taste of the Bulgarian woman.

Our special architecture tours might just be what you are looking for. 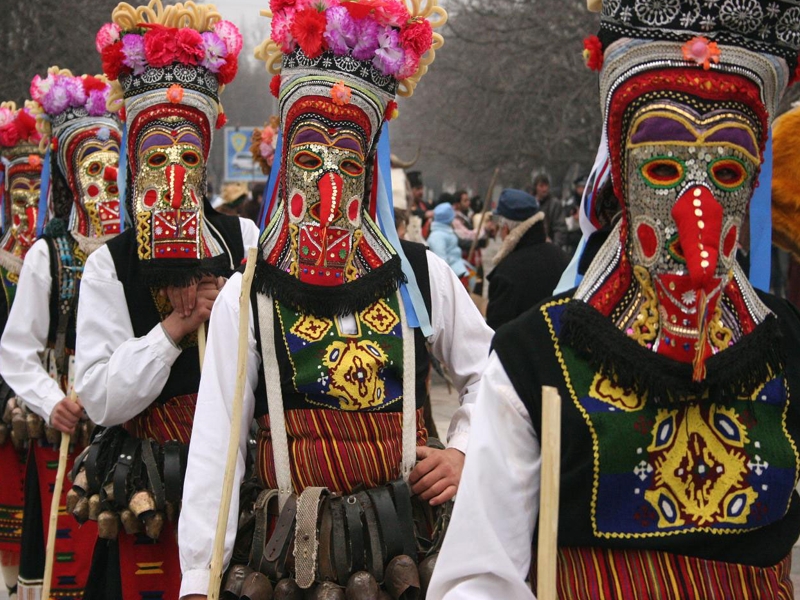 Bulgarian icon-painting, traditional for Orthodox Christianity, dates back to the 9th – 10th centuries and derives from unknown painters whose hands created masterpieces decorating the walls of the Boyana Church, Ivanovo rock-hewn monasteries and many others…

Bulgaria has been famous for its singers and great voices for many years. Descendants of the legendary Orpheus, the Bulgarian national singers and musicians are welcomed and their talent is appreciated with superlatives as ‘mystic’, ‘cosmic’, ‘magic’ and ‘unique’ for their voices when performing on world famous musical stages abroad.
more

Our luxury Arts & Music Tours represent a perfect mix for a cultural holiday for small groups or individual tourists. 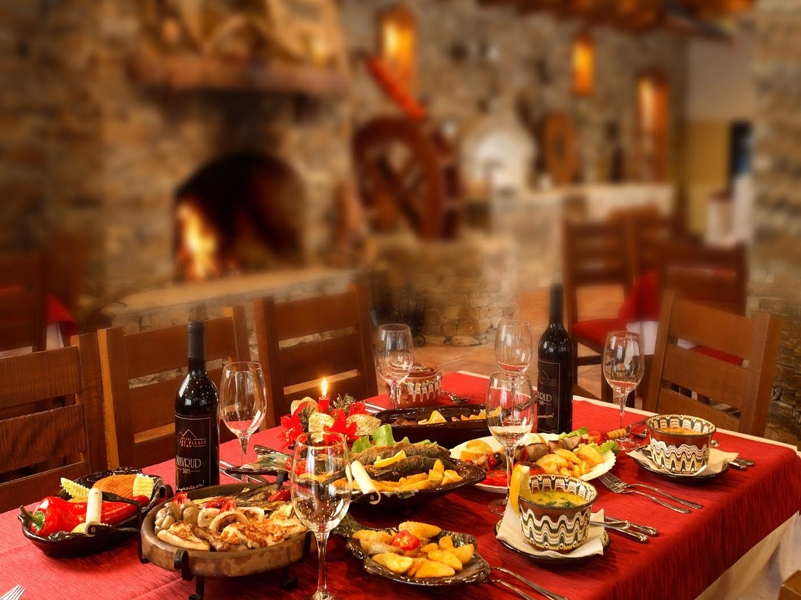 The Bulgarian cuisine pretends to have given the patent to many Balkan specialties but at the same time has learned from the experience of the neighbors. The influence of the Orient is indisputable including the influence of Austria and Hungary as well as of the Mediterranean. The traditional cuisine is specific for the different geographic and ethnographic regions depending on the local food and customs.

Bulgarians have learned from experience to make heavy food like stews, gyuvetch (hotchpotch), fatty and spicy meat easy digestible using parsley, savory, mint, dill and eating them with vitamin rich salads made of turnip, lettuce, tomatoes, cabbage, fresh peppers, carrots, onion and garlic. This generous use of vegetables and aromatic spices and herbs is one of the peculiarities of the Bulgarian cuisine.

As to methods of preparation – since times immemorial the Bulgarians have favored stewing, roasting, boiling and the earthenware dish. The roasting of food on charcoal embers is also widespread, leaving the meat deliciously tender and succulent.

Our deluxe Food and Wine tours represent a perfect mix of cultural and culinary holidays for small groups or individual tourists. 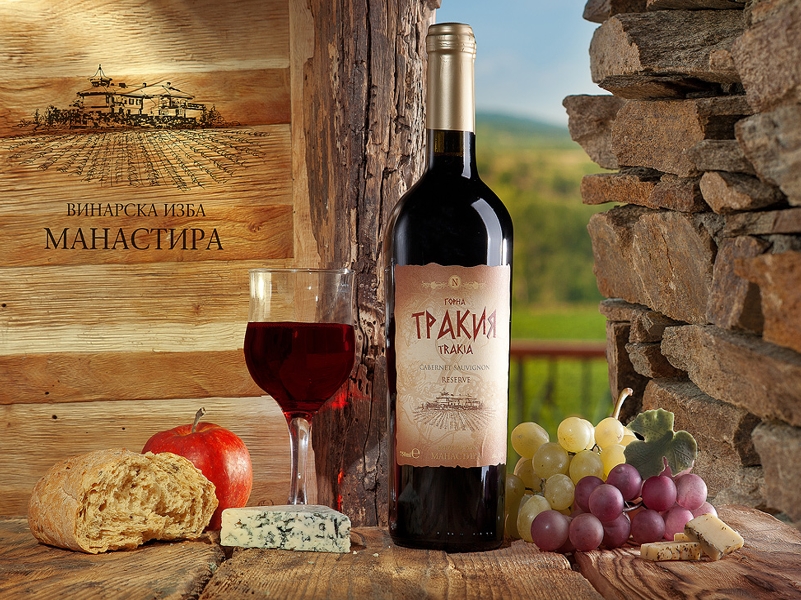 Archaeology, folklore and literature have left numerous evidences of vine planting and wine production on the Bulgarian territory since ancient times. The Thracian wine from the Black Sea region or the city of Ismarus along Struma river was first mentioned by Homer in both the Iliad and the Odyssey. The wall inscriptions in the Thracian tomb in Kazanlak, the images on the items of the world-known Thracian golden treasures, and many other artefacts testify that Thracians worshipped this divine drink.

Bulgarians inherited the experience and the traditions of the local population in the cultivation of grapes and wine-production. The winery that was found in the region of Preslav dating back from the 7th – 10th century is a testimony of that and the first in Europe prohibitionist law imposed by the Khan Kroum (804-814).

In the Middle ages the greater part of the vineyards in Bulgaria were possession of the monasteries. The wine-making tradition continued during the ruling of the Ottoman Empire when the cult to the wine overruled the strict Islamic canons. In 1978 Bulgaria was recognized as the fourth largest wine producer in the World.

The wine & culinary sampling sessions of our tours give you the opportunity to travel in the wine regions of Bulgaria and taste the variety of high-quality wines produced of Bulgarian grapes and wineries, to enjoy the traditional local meals and relish wine with a tasty, ecologically pure food. Several sorts of white and red wine are sampled, and sometimes one or two rakiya brands (if produced in the same winery) accompanied by the right appetizers. Experienced specialists tell the story of the winery, the production technology, the characteristics and the qualities of the produced wine and give advice to new wine tasters.

Our tourist packages include lunch or dinner and folklore program and demonstration of traditional Bulgarian crafts. If you would like to shatter all the usual stereotypical images of Balkans, then our deluxe wine tours are just for you!